I decided to do a short local walk today with the dog. I got the 247 bus to Hainault Forest and got off and walked through Hainault Forest. I am now following The London Loop a route I had followed before when I walked The Loop. Hainault forest covers 336 Acres and is one of the remaining sections of the former Forest of Essex in England. Epping Forest and Hatfield Forest are other remaining examples.The forest belonged to the abbey of Barking until the dissolution of the monasteries 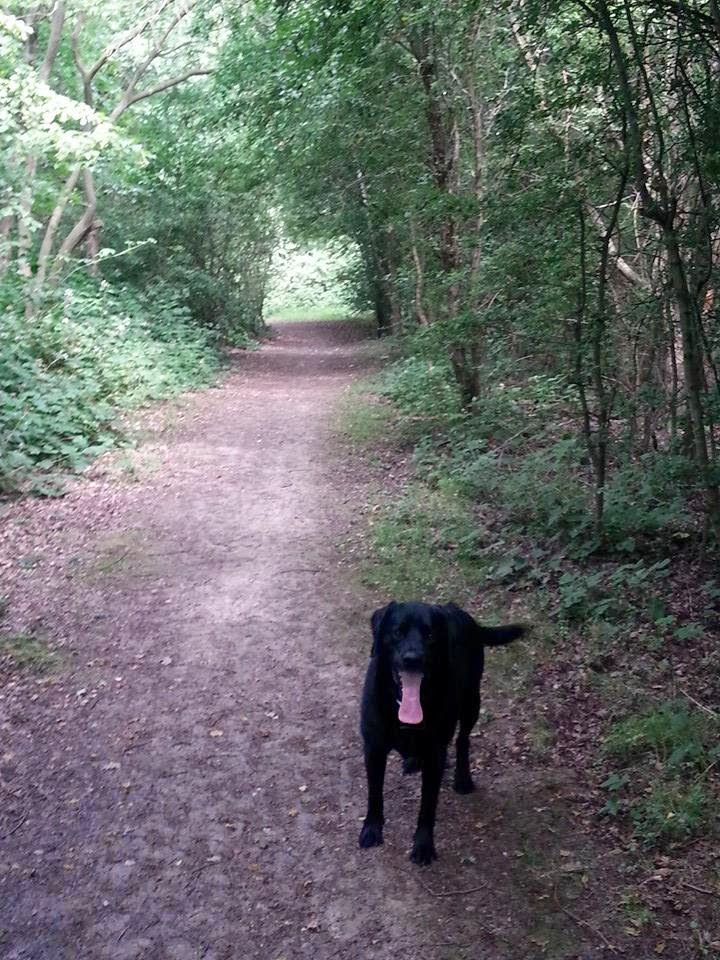 I cross the busy road and enter Chigwell Row Woods. 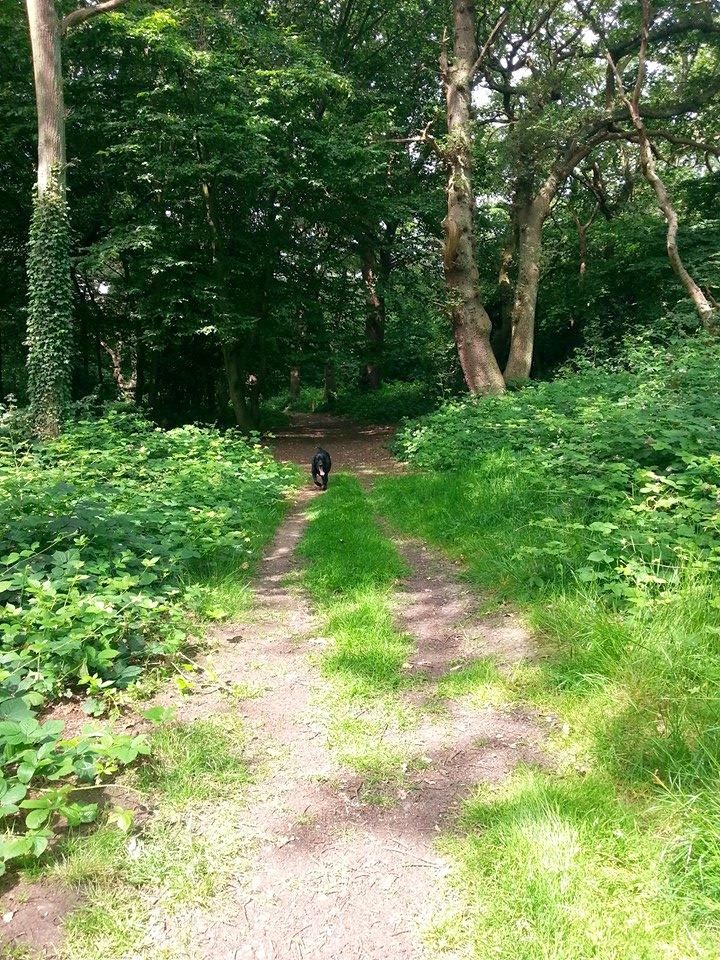 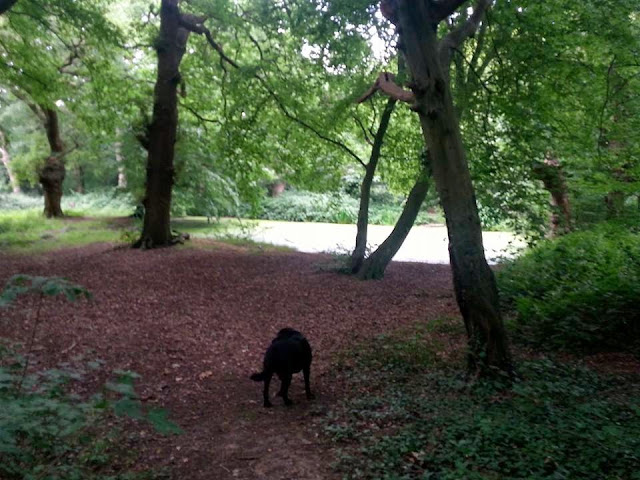 I exit Chigwell Row Woods and cross the Busy Lambourne Road and turned  into Chapel Lane. 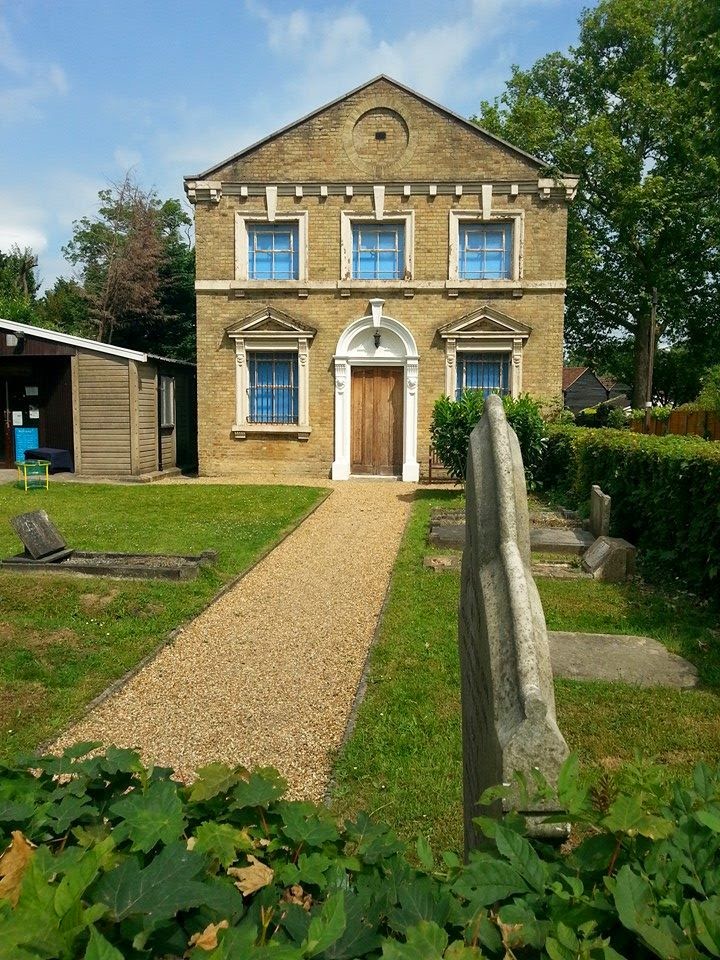 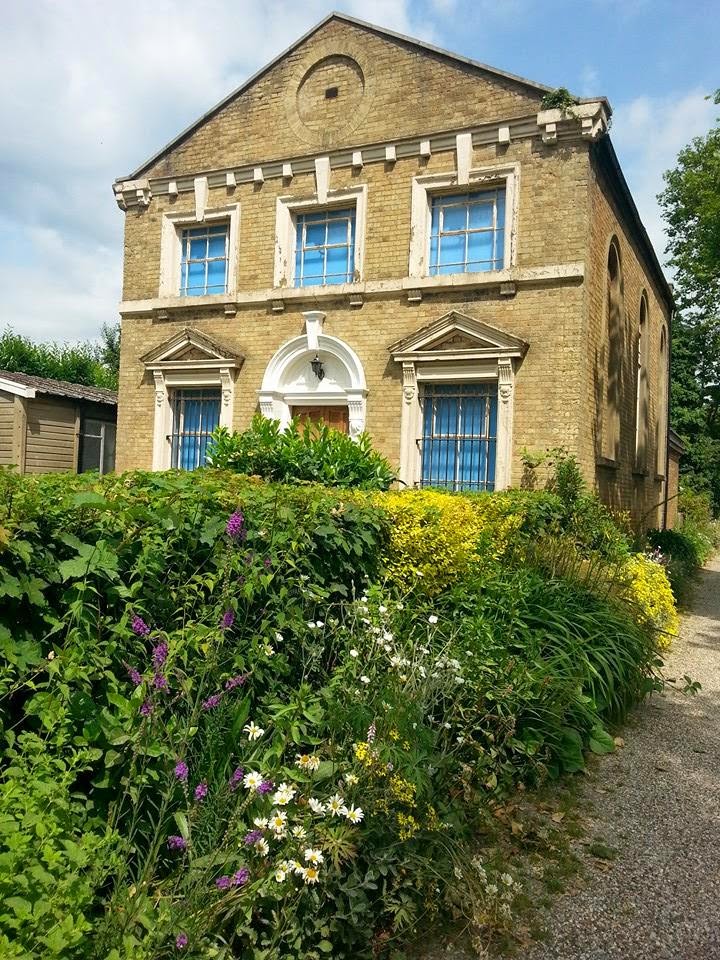 I follow the footpath at the end of Church Lane and onto a footpath and across a few stiles and then walk alongside Chigwell Water Treatment Works. 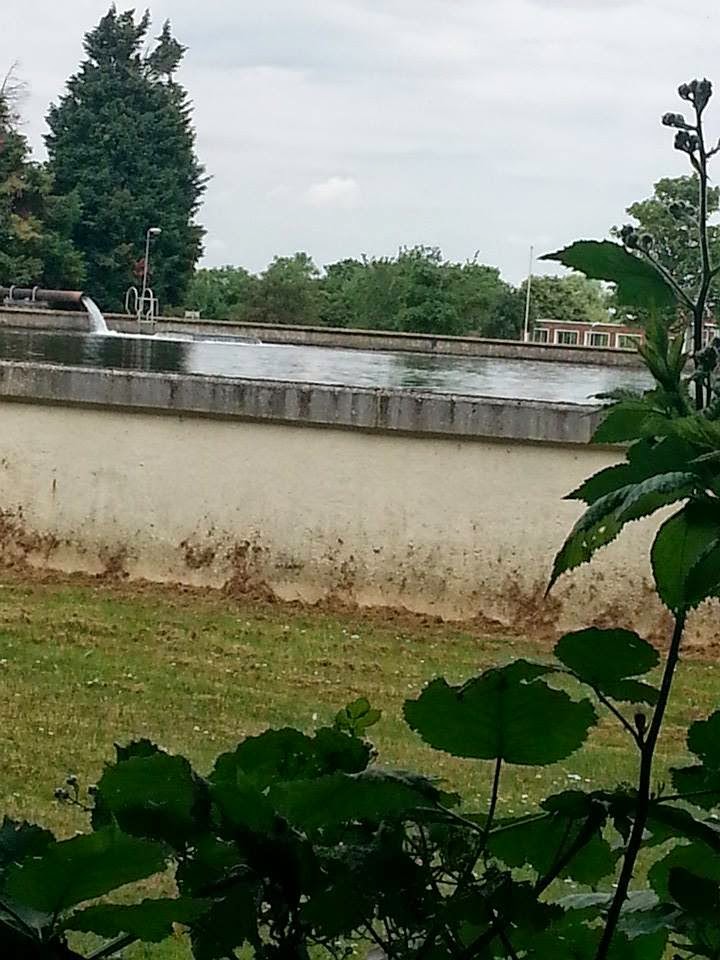 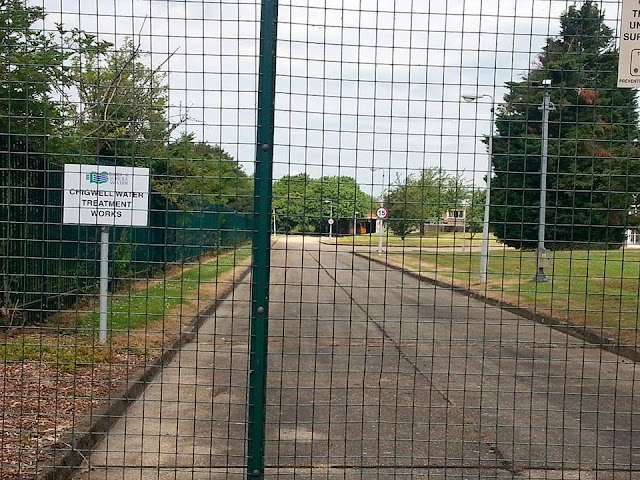 I follow another footpath that clearly doesn't see a lot of walkers despite being part of The London Loop as it was quit overgrown with nettles and brambles. 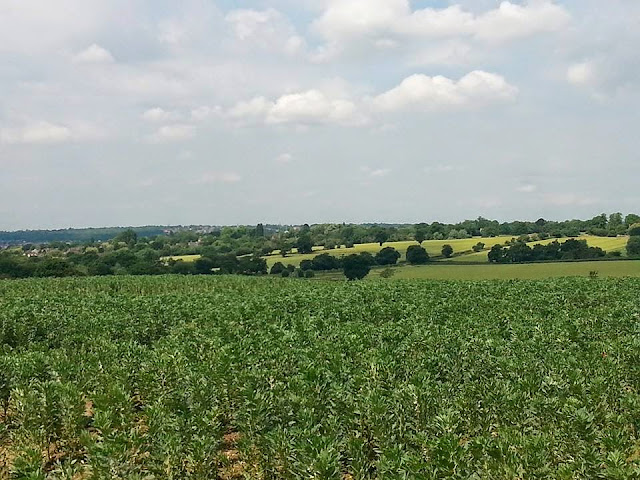 The path then joins a farmfield full of peas and I get a lovely vista across the Essex Countryside. 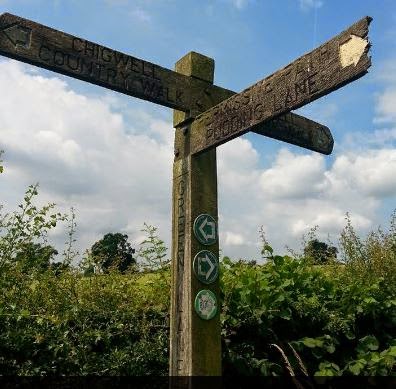 Decisions,Decisions I decide to follow the London Loop to Chigwell. After some more walking I cross Gravel lane and across another field and come out into Chigwell Village. The name means 'Cicca's well', Cicca being an Anglo-Saxon personal name.
Traditionally a rural farming community, but now largely suburban, Chigwell was mentioned in the Domesday Book and later lauded by Charles Dickens in the novel Barnaby Rudge: A Tale of the Riots of 'Eighty; the Maypole Inn is based on the King's Head inn, though the name was taken from the Maypole public house in Chigwell Row; and it is likely Dickens visited both hostelries. Charles Dickens frequently visited Chigwell, which he described in a letter as "the greatest place in the world...Such a delicious old inn opposite the church...such beautiful forest scenery...such an out of the way rural place!". 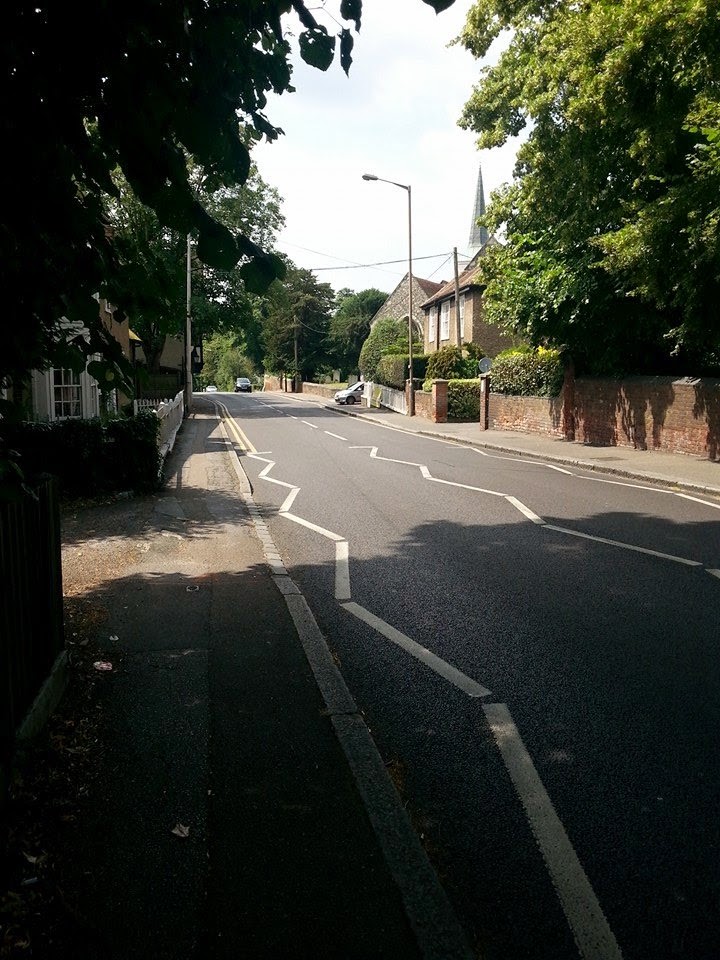 A short walk down sees me in front of St Marys Church and alongside Ye Olde Kings Head. I forgot this is now a restaurant called Sheesh,I was really looking forward to a pint.
Sheesh is Lord Sugar's Essex gastropub. Despite its arch name, the pub is authentically old – starting life in 1547, it's one of ye oldeste pubbes in Englande, and was the original of the Maypole Inn in Dickens's Barnaby Rudge – and is a huge, mock-Tudor-monochrome barn of considerable beauty, overlooking Chigwell School. (Independents review here) 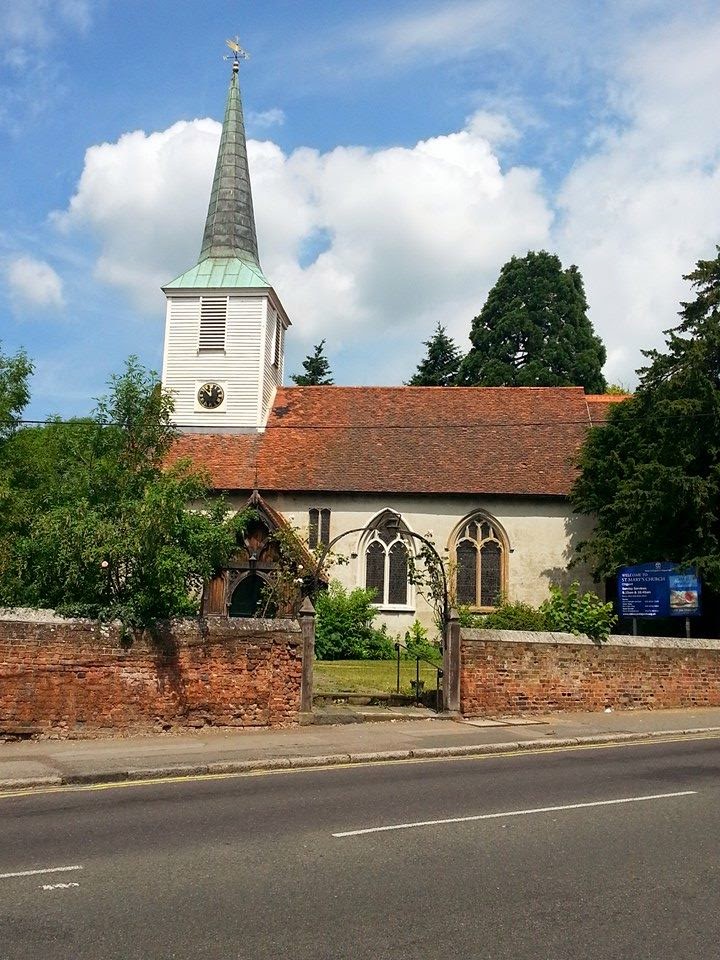 Ye Old Kings Head  is an ancient timber framed public house.It was also the favoured watering hole of the legendary 18th century highwayman, Dick Turpin, who started his criminal career, it is said, poaching deer from the nearby forests of Hainault and Epping.
I walked up further along the road  passing the Metropolitan Police Sports Club and came across the King William IV, I thought great I'd get a pint here. I walk up to some tables outside to the the dog up and see a sign "Please wait to be seated" Clearly more a restaurant than pub,so seeing as I had a dog with me I left. 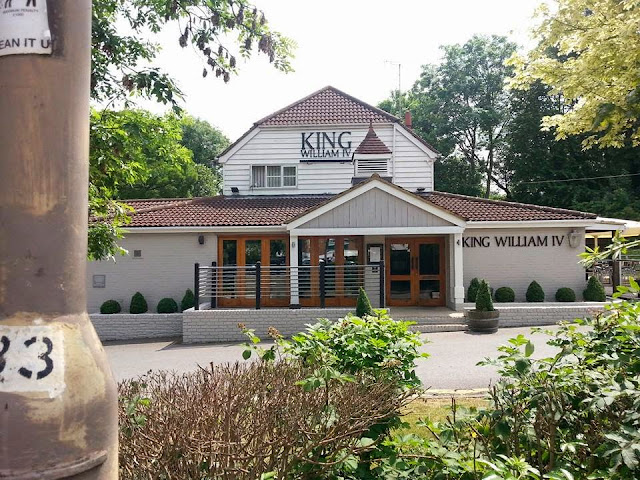 I walked up to the shopping area of Chigwell by Chigwell Tube station and got a 167 bus to Barkingside.Chigwell Station wasopened 1903 by the Great Eastern Railway. 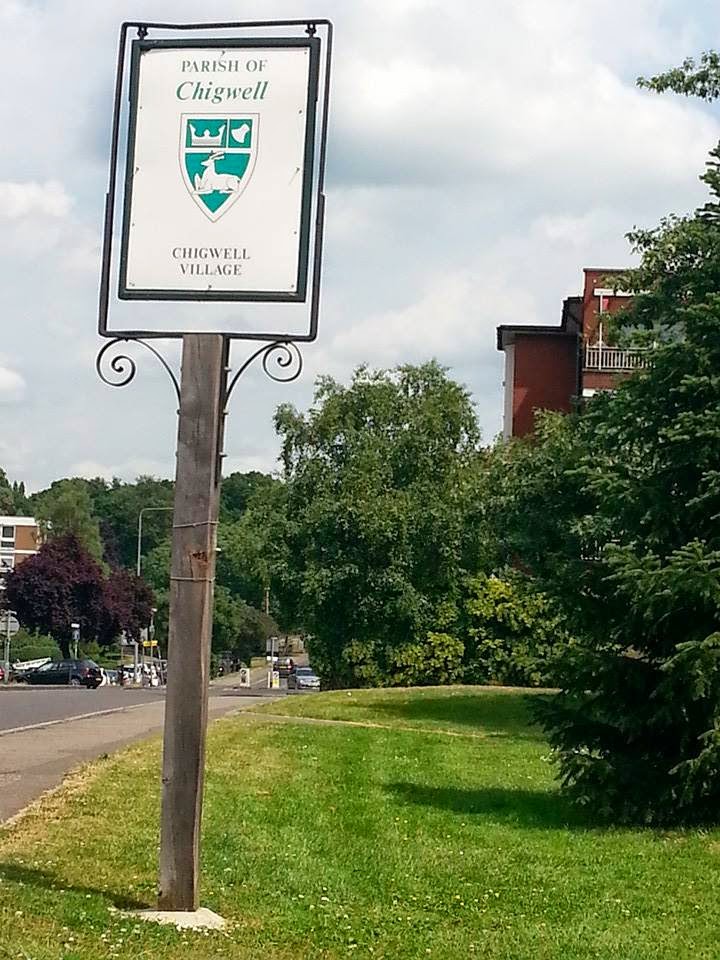 I got off by New North Road and walked to The Old Maypole a sizzling pub, my last chance at a pint. I was tieing the dog to a table when a member of staff came out and asked me to leave no dogs on the premises and that included outside!!! So there you have it a walk with a string with pubs but not one dog friendly!! 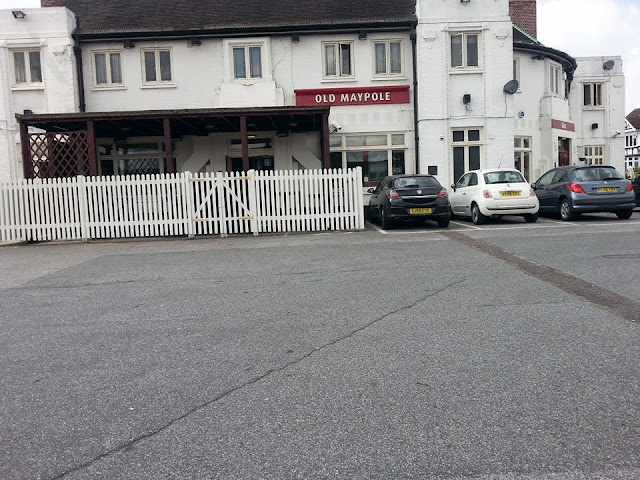 So I got the 247 as far as Whalebone Lane North and walked a footpath from there home.All about 4 miles just a very short walk, but pleasant apart from the lack of beer! 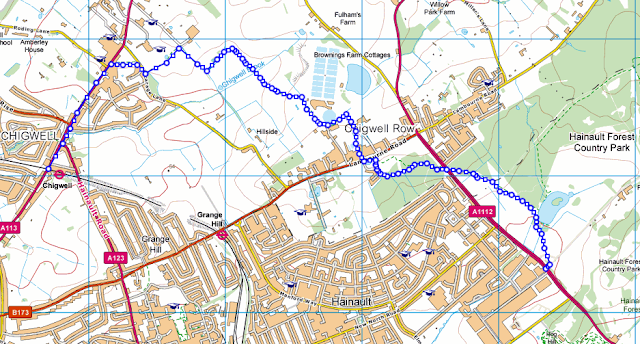