On The Trail Of Dick Turpin walk-Epping 5th July 2014

This walk starts at either the bus stop at Traps Hill on Loughton High Street or you can walk from Loughton Station. Please click on highlighted links for further information on the subjects.

Dick Turpin (1706-1739) has been romanticised almost out of existence since his death but there are solid facts concerning him.
On the 5th July 2014 I left home and caught two buses to Traps Hill Loughton. 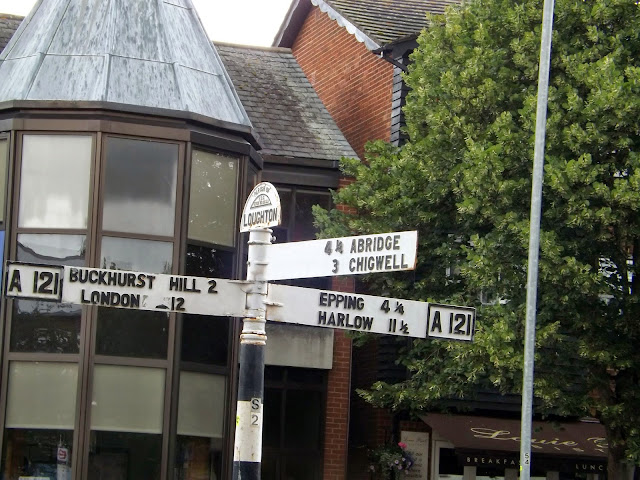 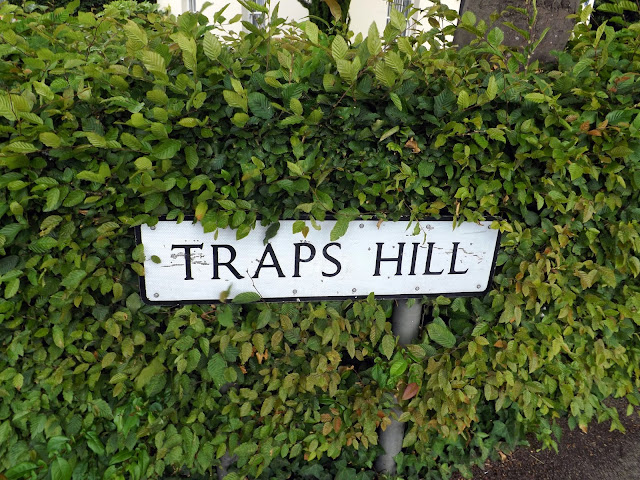 I arrive at Traps Hill and walk up a way before realising I need to be going in the other direction for the rest of the walk.
The Loughton incident
On February 8, 1735 Read's Weekly Journal reported one such attack: 'On Saturday night last, about seven o'clock, five rogues entered the house of Widow Shelley at Loughton in Essex, having pistols, and threatened to murder the old lady, if she would not tell them where her money lay, which she obstinately refusing for some time, they threatened to lay her across the fire, if she did not instantly tell them, which she would not do. But her son being in the room, and threatened to be murdered, cried out, he would tell them, if they would not murder his mother, and did, whereupon they went upstairs, and took near £100, a silver tankard, and other plate, and all manner of household goods. They afterwards went into the cellar and drank several bottles of ale and wine, and broiled some meat, ate the relicts of a filet of veal. While they were doing this, two of their gang went to Mr Turkles, a farmer, who rents one end of the widow's house, and robbed him of above £20, and then they all went off, taking two of the farmer's horses, to carry off their luggage, the horses were found on Sunday the following morning in Old Street, and stayed about three hours in the house.'
This particular raid took place on February 1, 1735, and widow Shelly's house was in Traps Hill, Loughton. It was reported the gang had made away with £700, a huge amount of money in those days. It is the best surviving account of the Gregory Gang's activities. The Loughton Incident was also their last ever criminal activity as a gang. 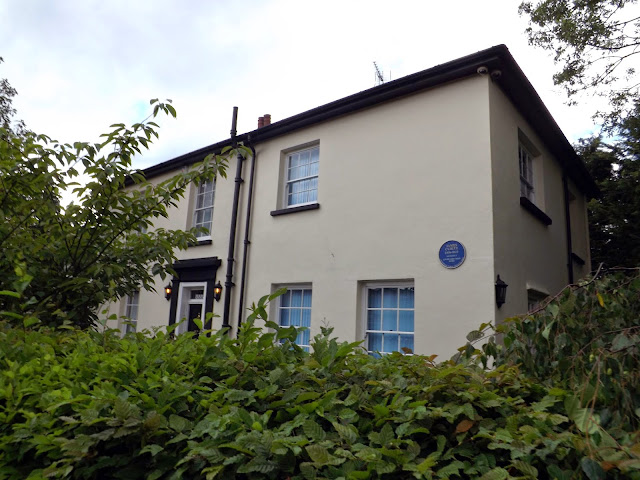 On the corner of Traps Hill is a house where James Bubitt lived and died.James Cubitt (1836–1912) was Victorian Church architect specialising in building non-conformist cahpesl. 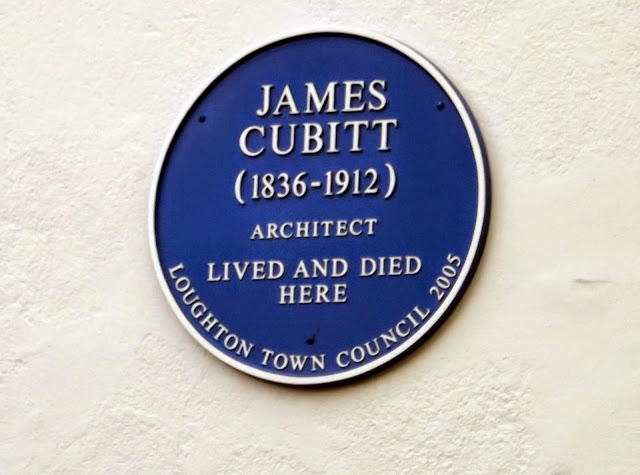 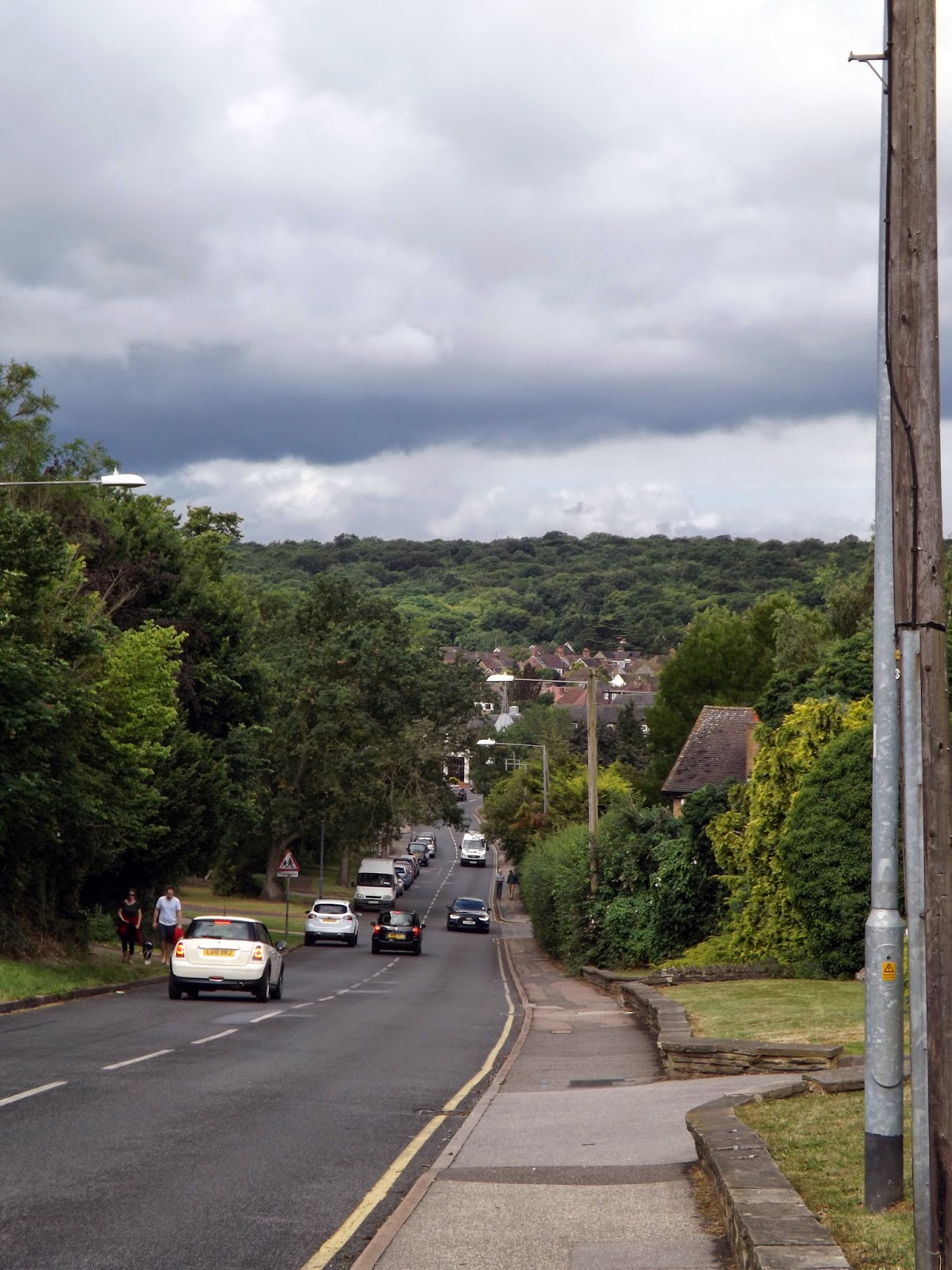 I now walk back down Traps Hill and have views across into Epping Forest.
I walk up York Hill to the top where it meets Pump Hill. 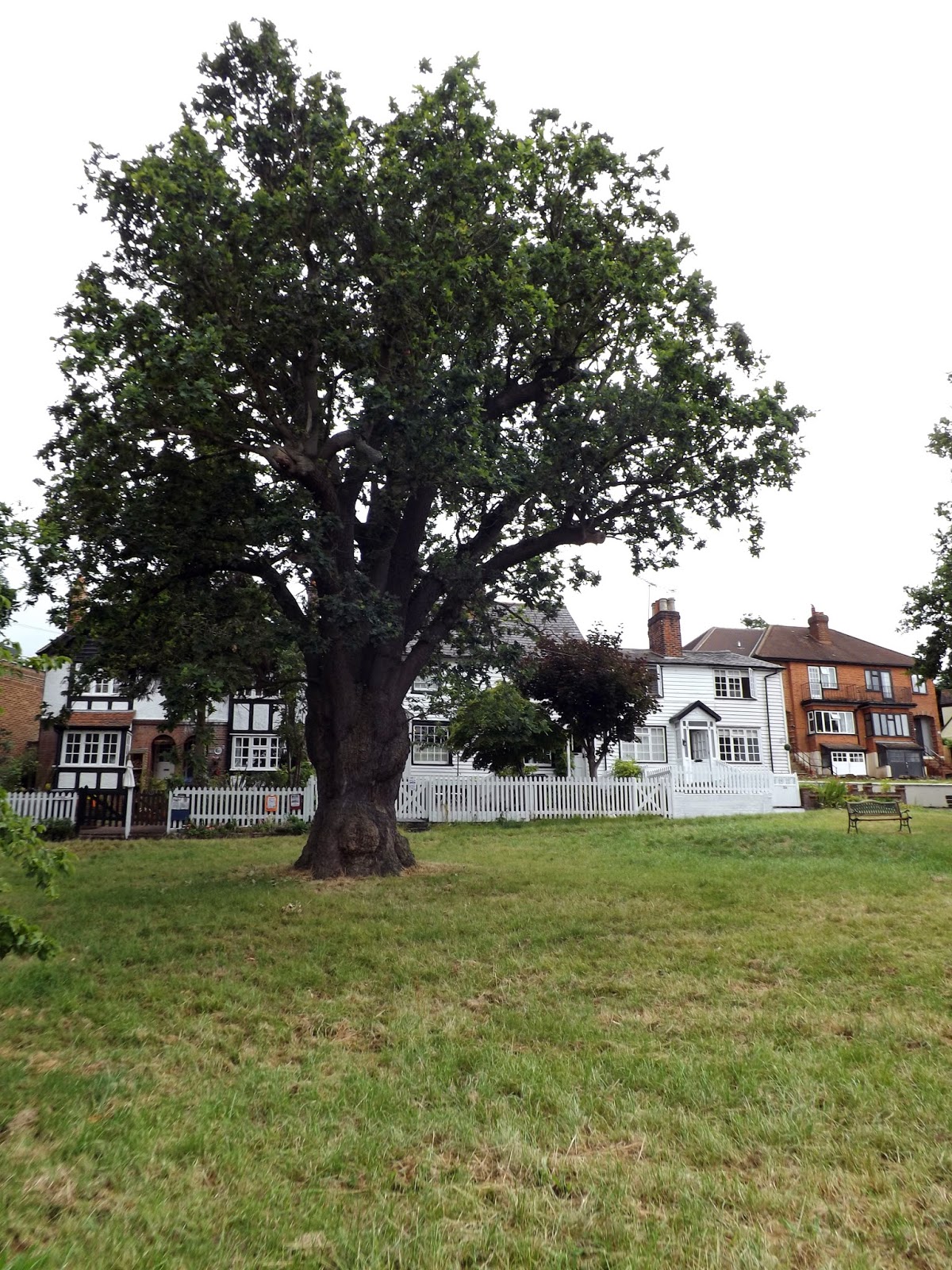 At the top of Pump Hill is The Gardners Arms,it was too early for a drink as it wasn't open yet. 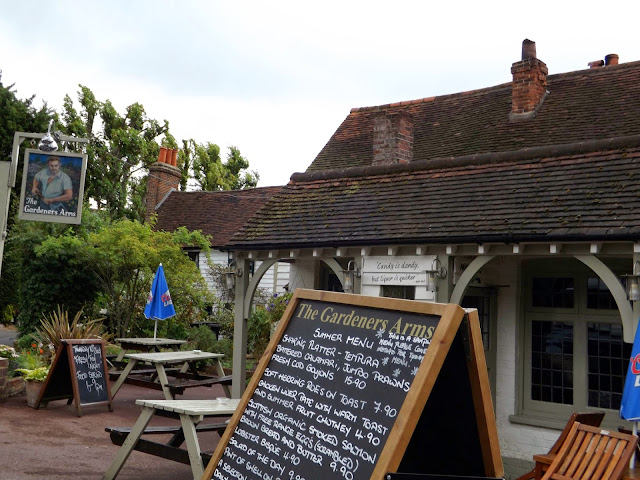 The Gardener's Arms began life in the early 1800s as a tea room and is at a site known locally as 'Grout's Corner', which provided stunning views across Loughton and the Forest. 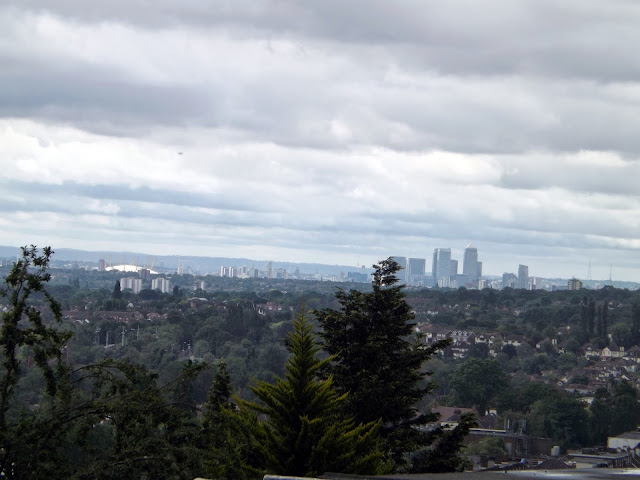 There are views across London and beyond in the Beer Garden. 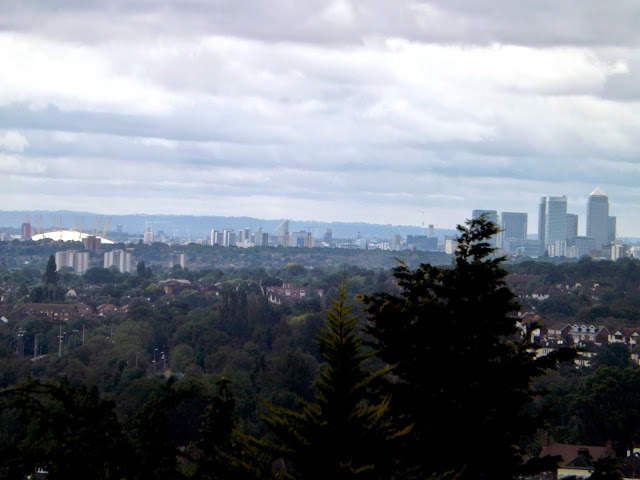 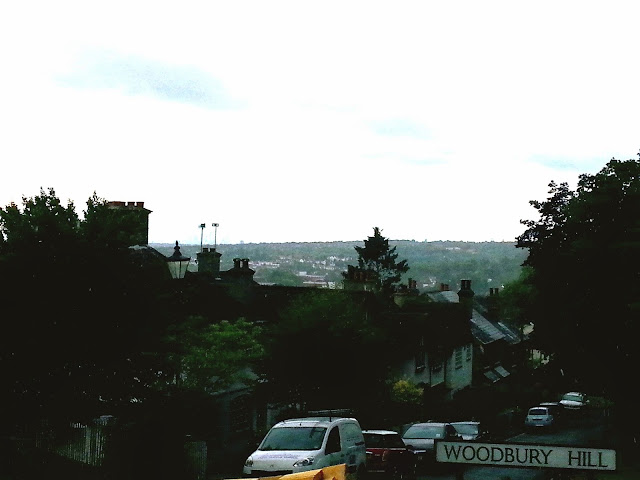 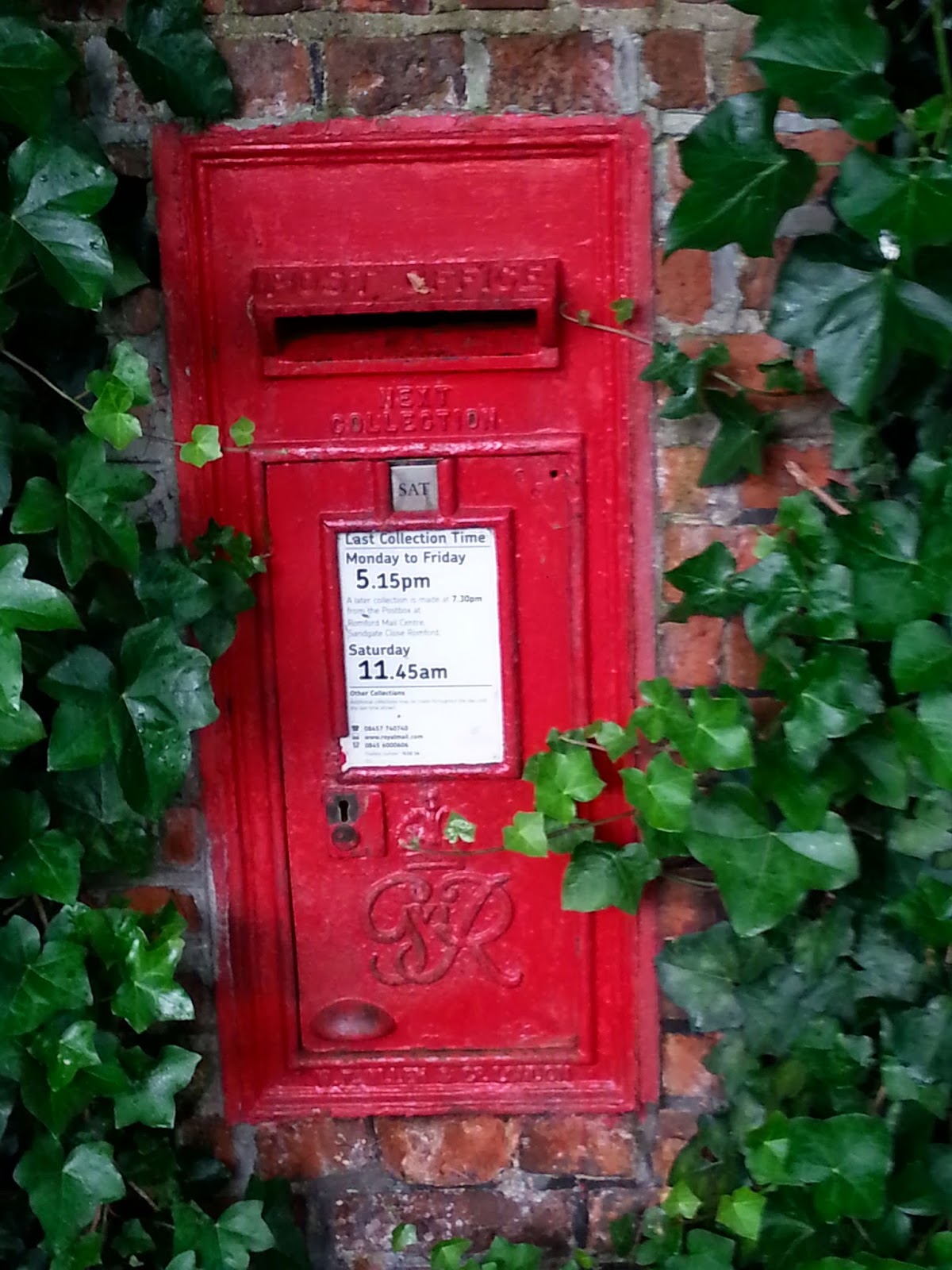 I now walk through the forest and emerge onto Baldwins Hill, I take a footpath and come down to Baldwins pond. I remember fishing here when I was much younger and caught my biggest ever perch at 2 1/2 lbs. The fishing here is still free as it is in all ponds in Epping Forest. 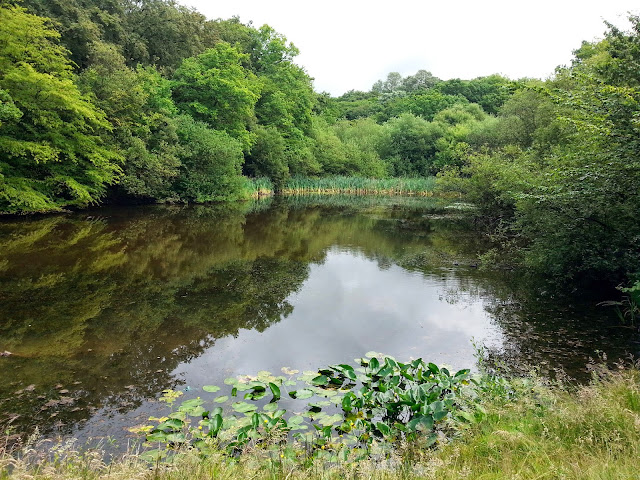 I continue down a muddy path and through the beautiful forest and crossed over a busy A104 road until I reached High Beach. 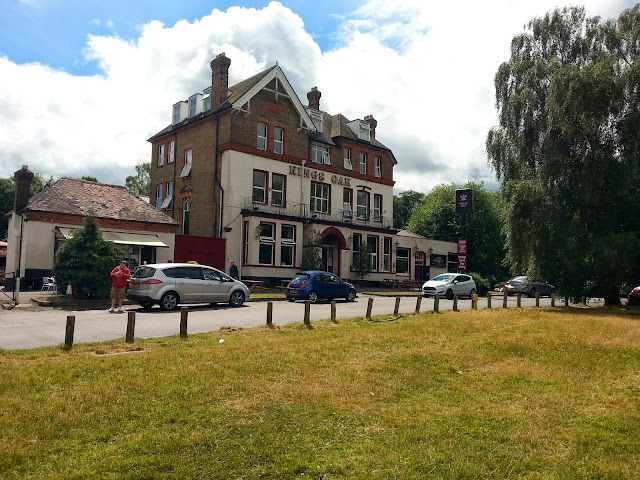 At high Beach I stopped for a half pint of Greene King Brasilla in the The Kings Oak. 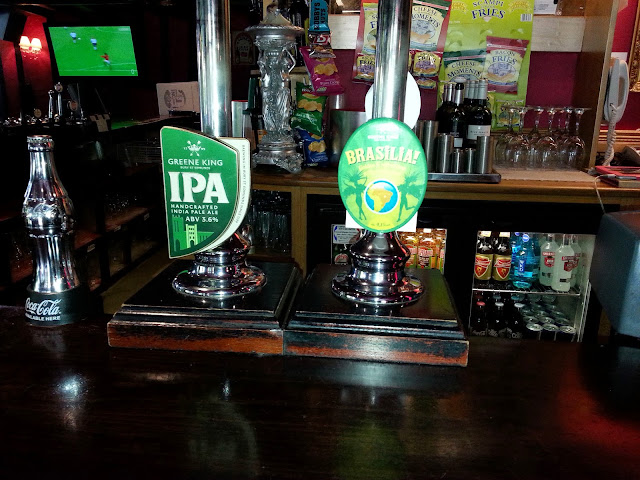 A perfect, easy drinking beer for the summer: the Amarillo and Citra hops create a refreshing beer with an intense citrus zing. 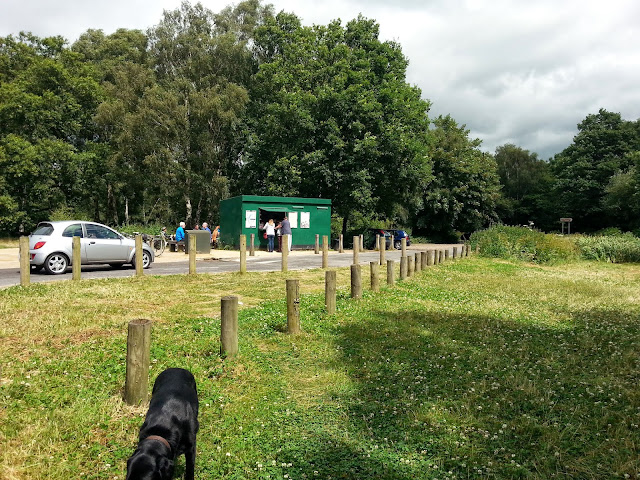 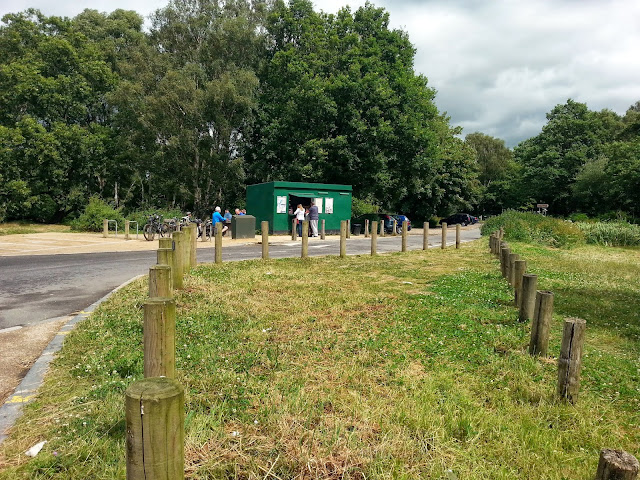 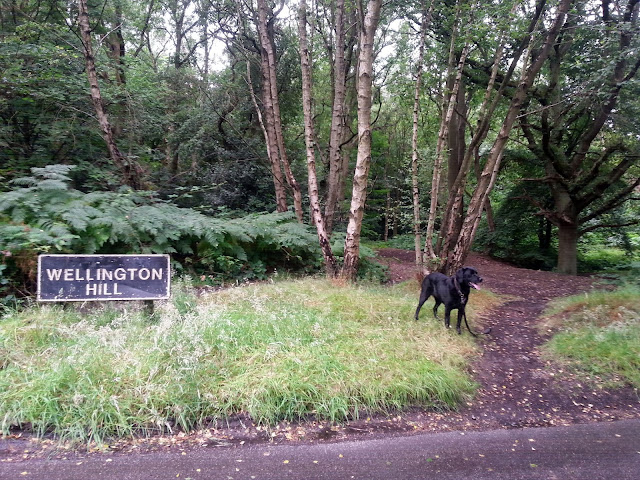 ]
Further along Wellington Hill I stopped at The Duke Of Wellington PH for a half pint of  East Kent Golding Ale. 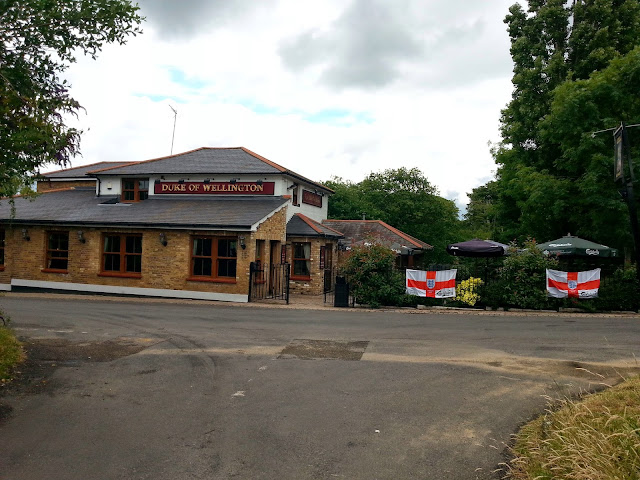 I walk up Rats Lane opposite to the location of The old Dick Turpin's Cave PH and the supposed location of Dick Turpins Cave. There is no sign of either anymore. 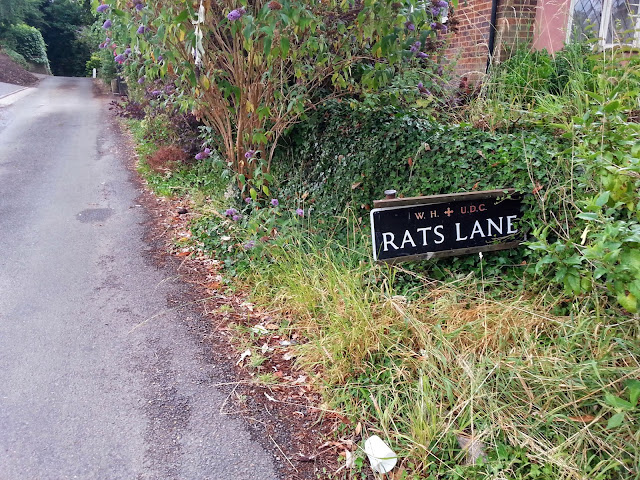 Though several locations for Turpin's hiding place were suggested, legend attributed it to a site off Wellington Hill at High Beach. D'Oyley, the Loughton surveyor, who drew up the maps for the Epping Forest Commission in the 19th century marked the area to the north of Loughton Camp as Dick Turpin's Cave and the name was applied to a pub at that location.
From a cave in Epping Forest from which they could watch the road without being seen, they robbed virtually anyone who passed their hiding place. Even local peddlers started to carry weapons for protection. 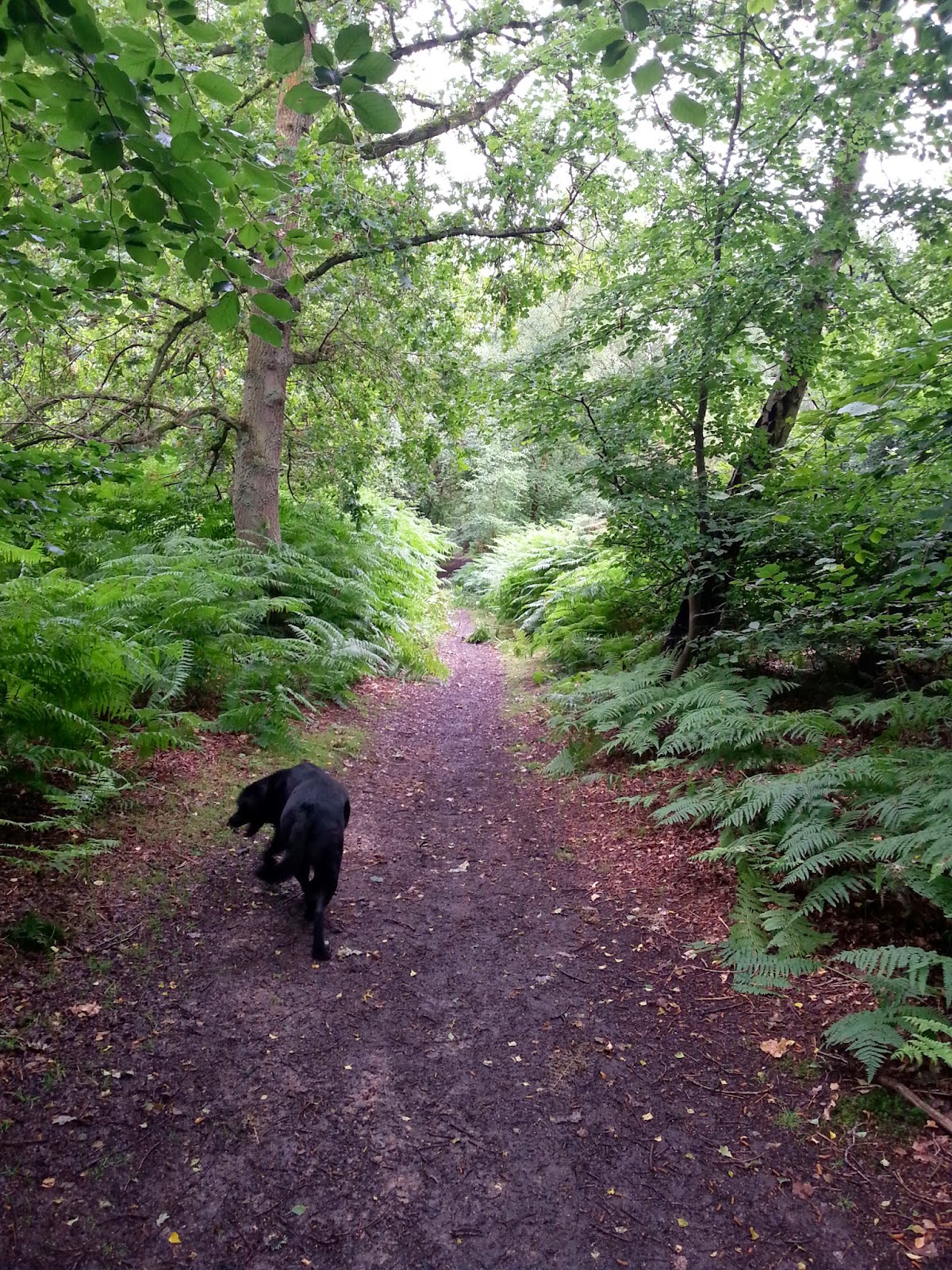 A housing development has since been built over the pub but next to it was a fenced-off dug-out in the clay and gravel soil described as Turpin's Cave.
I now follow the path out of the end of Rats Lane and walk past The Kings Oak again and down to The High Beach Tea hut. 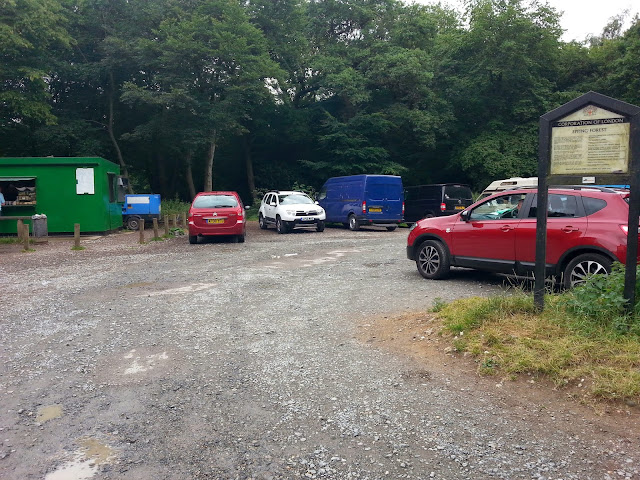 A popular biker meeting pace for 84 years, the High Beech Tea Hut is under threat by the City of London, which has decided not to renew the lease. You can sign the Petition here.

After some to eat and drink I follow the road down Fairmead Road. 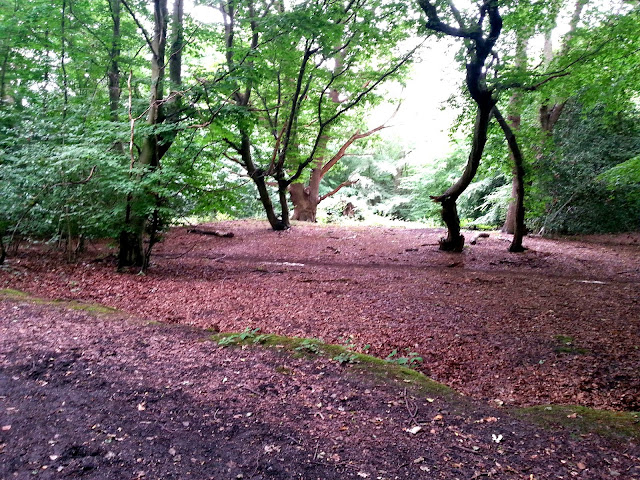 I reach Fairmead Bottom at the end of the road. 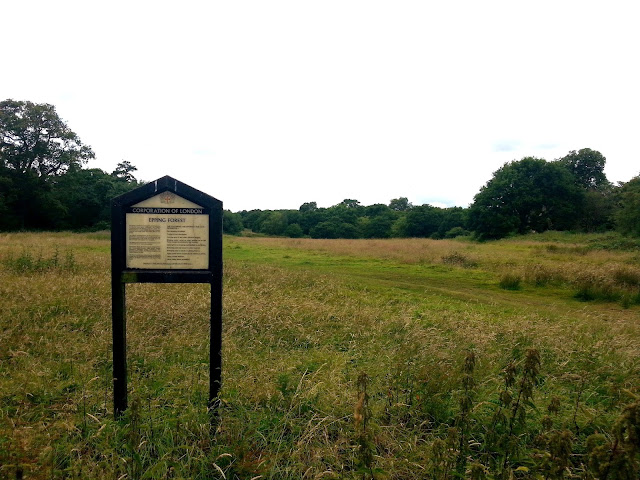 Turpin's first kill was probably a man named Thomas Morris whom he killed on May 4, 1735. Morris was a servant of Henry Thomson, one of the keepers of Epping Forest, and during a routine walkabout of the forest Morris accidentally came across Turpin at Farimead Bottom, near Loughton. Morris tried to apprehend him (there was a big reward for Turpin's capture at the time) but was immediately shot by Turpin.
Once again Turpin took to his heels, only this time with a far greater crime on his hands than theft. Despite the high risk of capture, Turpin visited his estranged wife who was now living in Hertford, possibly suspecting (accurately, as it turned out) that he would never see her again. Turpin was indeed nearly caught and only very narrowly avoided capture at this point. 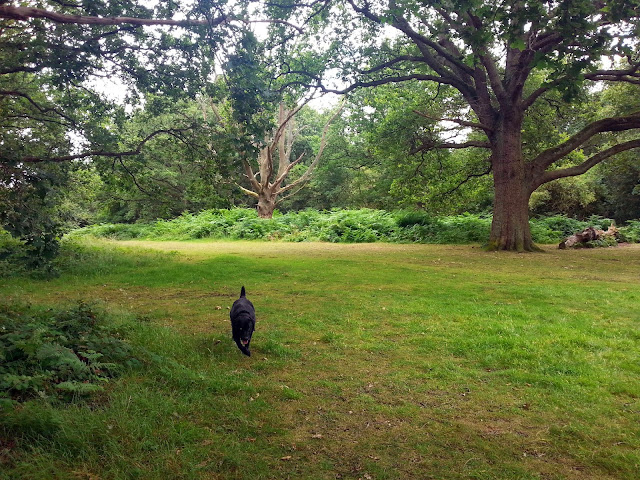 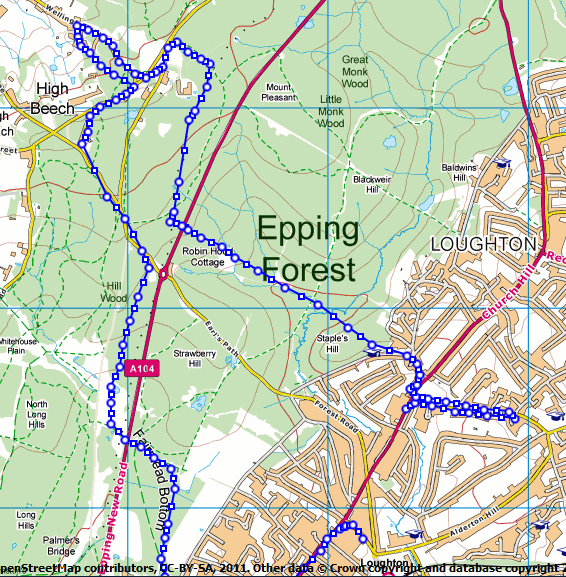 This walk covered a total of 6 miles.